We're sorry, but we doesn't work properly without JavaScript enabled.

Have some business hurdle to cross? Talk to us to know about how we can help you face your challenges by leveraging the advantages of technology.

Gain the attention of your leads and increase your conversions by building unique and user-friendly frontend designs that keep your users coming back.

Be it native, web, or hybrid mobile apps, we suggest you the right platform and language to choose based on your business needs.

Talk to us when you have any issues and get it resolved in a short time, update, modify and migrate your apps easily with our mobile app development services.

Our iOS developers are highly experienced in Apple’s Xcode IDE, Github, Objective-C, Swift programming, SpriteKit and SceneKit, which help them in developing full-stack iOS applications across a variety of industries. Being a top mobile apps development company in India, we have worked on iOS enterprise apps, e-commerce apps, healthcare apps, social media apps and several intranet mobile applications too.

We develop feature-rich iOS applications that cater to your core users and also lets you increase the visibility on the Apple Store. Talk to us with your requirements now and promote your business through highly functional iOS apps.

The majority of mobile phone users all over the world have Android operating systems. When you have a business that adds value to the users, you definitely need an Android mobile app to expand its reach to the mobile phone users too.

Our Android developers have an average experience of more than 10 years, creating innovative business solutions through Android apps. Our mobile application development company is known for creating Android apps with the latest technologies like IoT, Machine Learning and Artificial Intelligence.

Get customized solutions in the form of Android apps now and broaden your business scope.

If you want to build cross-platform mobile applications, then Xamarin is a perfect choice. Xamarin is a popular platform that is based on the .NET framework and uses C# as a single language. We build high-performance applications with Xamarin that works seamlessly across platforms like iOS, Android, Windows, Mac, among others.

We are one of the best mobile app development companies in India who can build holistic applications with Xamarin framework. We leverage the complete development toolset of Xamarin to build quick prototypes for all kinds of application needs with the native user interface across all devices and all platforms.

Do you want to develop futuristic mobile apps? Then let us help you through our Flutter mobile app development services. Flutter was recently released by Google to develop cross-platform mobile applications with reactive framework based on the Dart programming language. With its own widgets and quick code development, Flutter apps can be run on iOS and Android platforms.

We build dynamic applications with its array of widgets, features and vignettes for a beautiful user interface. Flutter is best for quick app development and for building MVPs. As an esteemed mobile app development company, we have built stunning apps that with innovative features to lead your company into the future.

Let us know what your requirements are to build a Flutter mobile app that solves real-world business problems. Get expert solutions for your business issues from the esteemed mobile application development company in India to realize the true potential.

How exciting it would be to control the operating system running on your laptop through your mobile phone or your laptop. Ease of accessibility is clearly defined is such a thing is possible. 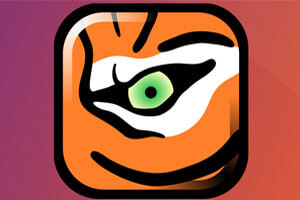